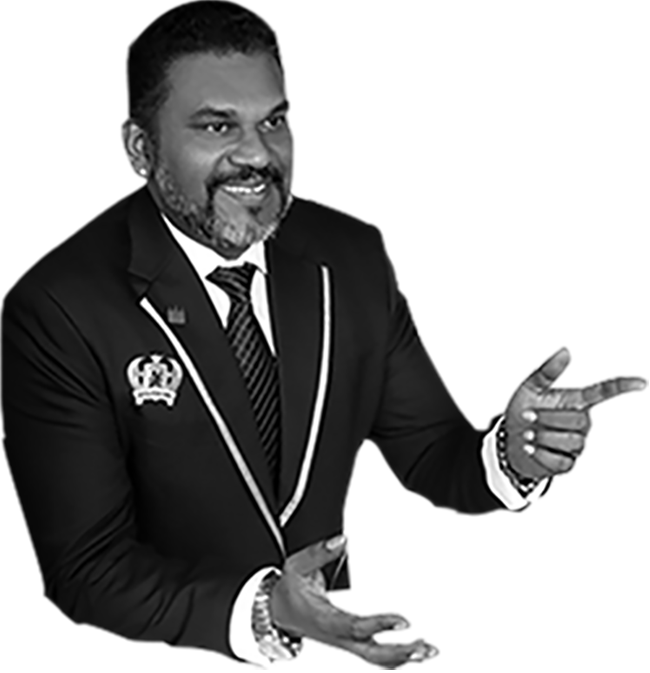 Helping Business Owners and Individuals to Recover their broken promises from friends, partners and business associates by collecting back their money with more than 18 years of our industry experience. 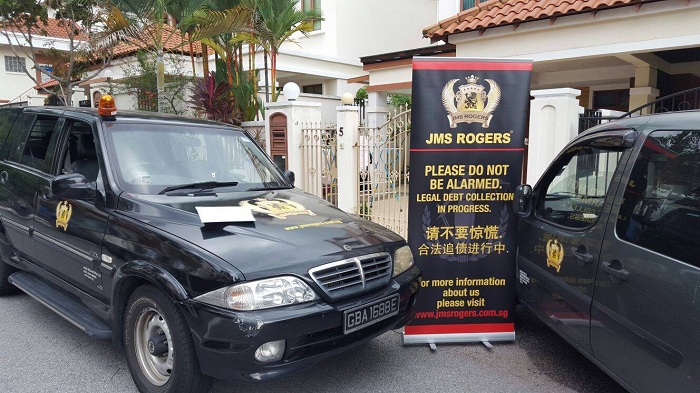 If you are owed money, you can count on JMS Rogers to collect it for you!

HOW WE CAN HELP YOU 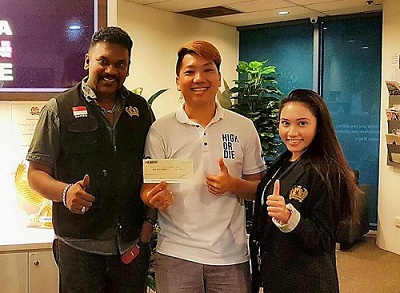 Committed to recovering your money and mending those broken promises 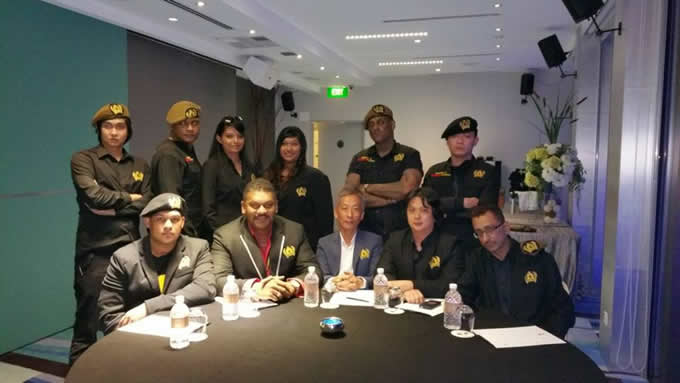 What inspired our founder to help you with debt collection and preventing scam.

WHY WE DO WHAT WE DO

What People Say About Us

JMS Rogers | Most Trusted BRAND in Debt Recovery
4.5
Based on 228 reviews

Nancy Tan
06:20 26 Feb 22
I’d been trying to recover a debt for the past 9 months, and I’d tried a variety of methods. However, nothing I did worked, and the debtor consistently ignored me. There was nothing else I could do and I was at my wits’ end.I thought I’d never be able to recover my debt, and I was prepared to file it as a bad debt.I decided to engage JMS Roger after watching a video on YouTube, which showcased their professionalism in handling cases. I was initially apprehensive of debt collectors because I had a preconceived notion that they were all… scary loan sharks, but the team at JMS Rogers proved me wrong.I engaged them on January 17th and recovered my debt the same day! The team was extremely helpful and professional, and they do not over-promise if they are unable to deliver (which is apparently a common practice in many other agencies). I was very impressed that the team went to great lengths to ensure that the debt I had to collect was legitimate, and that they checked for evidence to prove that the debtor did, in fact, owe me money (this is not a common practice in other agencies as well). I basically provided the necessary information and all that was left was for the team to handle the case for me. I’m not a confrontational person, so I asked the team to approach the debtor in the most friendly manner possible, and they did exactly that.Overall, I’m very satisfied with their service and would 10/10 recommend them to anyone who needs to recover a debt. 🙂

dot
12:51 05 Feb 22
5/5 for the effectiveness and efficiency of the team to recover the money I lost. When I thought all hopes were lost from getting my money back, they were there to help me and eventually I was able to get back the money I lost. I am very grateful for all that the team has done for me.

John Barnes
03:04 19 Dec 21
I am deeply and extremely thankful and grateful to Roger and his very capable and competent team.My case is rather complicated, but Roger and his team show that it is possible!!Prior to engaging JMS, I spoke to a few other debt collection companies but only JMS gave me the assurance, confidence and professionalism and I am very grateful that I engaged JMS.Firstly they are extremely fast in handling my case. Within 1 day of me sharing the details of my case, Roger and team immediately digested the details, contacted the debtors and set up a meeting the very next day!JMS approach is not about brute force and shouting or behaving aggressively. Instead they constantly evolve and find strategies to help me to recover my assets. They are both firm in how they engage the debtor yet flexible in their asset recovery methodologies. I am extremely impressed with how he and his team approach my case with also how they ensure that the debtor kept up with his repayment promises.Roger and his team have recovered 1/3 of the debt from the debtor and I am very confident they can recover all 100% within 1 month’s time.If you ever need asset and debt recovery services, it is only JMS Rogers to go to. It is the ONLY and MOST Trusted Brand!!Thank you Roger and your team for your professionalism and great assistance!!!!!🙏🙏🙏🙏🙏🙏🙏🙏

Nur Faezah
08:45 21 Nov 21
JMS and team, special mention to Mr Israel, has been very understanding towards my plight in recovering my money back. The countless of questions I asked were never ignored. And in fact, it was those little reassurance that eased off my anxiousness.The amount maybe little to some, but JMS did their utmost best in settling this. They took less than a month to recover my money back. No matter how many times the debtor tried to “sneak away” from them, eventually debtor paid. I do not know how they did it, but JMS is simply awesome. They have a very professional team and you would not regret engaging them.I have nothing but praises for JMS. Thank you so much JMS!

M HR
15:28 06 Oct 21
Plan B….!!!! 2 thumbs up
‹
›
I tried to message my client and call but to no avail. The only information i have is his nickname and phone number. Yet within 24 hours, JMS Rogers was able to get the money back in full after i engaged their service. Dont hesitate, i strongly recommend JMS Rogers for their service! 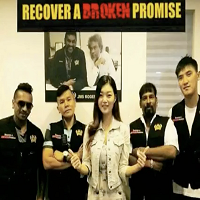 Reena YeoFounder and Beauty Pagent Trainer
I would like to thank Mr Roger himself and his team of experts for delivering their promise, also known as “recovering your broken promise”. I asked if it’s possible to recover a debt from 2 years back. The only thing I had was an email stating the engagement of service and I only had the quotation and invoice. I do not have much information of the event company. A week later at 8pm, Mr Roger told me his team had recovered the money in full. Bravo!

JustinVideographer
I want to thank JMS Rogers for their professionalism and efficiency in handling my case. A debt which was left outstanding for just over 5 months was settled in a mere 2 days. I can not put my mind to ease and whenever i think back on Roger's reply: "i'm sure he will make payment way before you think", it just puts a smile on my face! 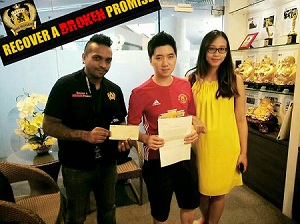 Mr and Mrs OngLetter Of Commendation
I am very impressed with JMS ROGERS dealing with my difficult debtor and able to collect the full amount back. It was worth it! 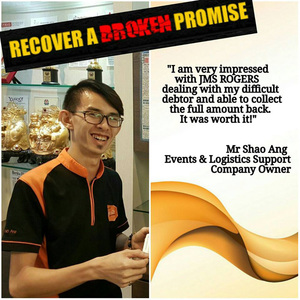 Mr Shao AngEvents & Logistics Support Owner
Within 7 days of service engagement, JMS Rogers had conquered all counter measures and resistance of "Subject" and manage to recover a sum of money from "Subject". Although the recovery process was filled with obstcales and hurdles, JMS Rogers managed to do it again with professionalism and efficiency. What's more important is that JMS Rogers is willing to help victims like me to move on to my next chapter of life. Thank you. 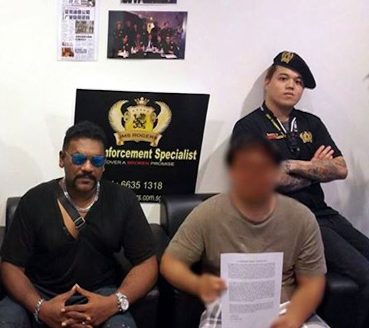 Recovered $24,000 within 3 days for our satisfied client from CPL Engineering Pte Ltd

A happy client who flew down from UK to engage us and collected USD $50,000 from his debtor.

Satisfied client collected a cashier order of $46,000 for bad debt we recovered! A tough case indeed!

Helping our long-term client on retainer basis to negotiate and collect a total of $20,000 monthly!

Ready to recover your broken promise?

GET STARTED
CALL US
CALL US